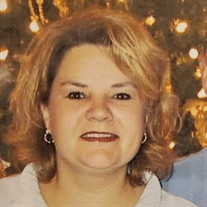 It is with extreme sadness that we announce the unexpected passing of Andrea Serafin, age 52, of Woodstock, Georgia, because of a car accident occurring January 10, 2022. She is survived by her husband of 18 years, Chris; and their children, Luke and Kristina; and stepson, Tyler/Larson. The family enjoyed their time together relaxing around their pool or on their additional property. Some of their greatest memories were of racing on four-wheelers over the wide-open spaces. Wednesday nights at the Serafin home were considered Family Game Night and fun and laughter could be heard out to the street. There were always dogs in Andrea’s life and she had just purchased Australian Shepherd puppies for the family. Their names are Annie and Oakley. Andrea, being originally from Tennessee and the rest of her family from Georgia, had to speak up loudly to support her Tennessee Vols. Andrea grew up in Cleveland, Tennessee where she attended Cleveland City Schools. She was an active member of the high school marching band and, because of her very competitive nature, was awarded the First Chair for flute and piccolo. In 1985, the family moved to Alpharetta, Georgia, where Andrea began her junior year at Milton High School. There, she was given the opportunity to work in a special needs classroom. This is when God put a love for these children, along with a great gift of communication with them as well as with their parents. She was so loved by her “kids,” that many remained in contact throughout the years. Her teaching career began in West Cobb County, Georgia, when she began attending Georgia State University, majoring in Autism. She graduated, while teaching full time, along with attending Georgia State full time, Cum Laude.....an outstanding achievement. Her teaching then included Cobb County, North Fulton, Fellowship Christian School, and finishing at a Marietta City School. While attending Mount Paran Church, Andrea volunteered in the church Special Needs Program. Her love for these children never ceased. Andrea is survived by her husband, Chris; her son, Luke; her daughter, Kristina; her stepson, Tyler; mother and father, Janet and Jim McClain; her brother, Trent/Holly; mother-in-law and father-in-law, Jeanne and Robert Serafin; brother-in-law, Jeff, and sister-in-law Aimee/Scott; eight nieces and nephews; and two grandchildren. A Celebration of Life will be conducted at the Mount Paran Church on 2055 Mount Paran Road, North West 30327, Saturday, January 22, 2022 in the Mount Paran Chapel. The time will be 1:00 P.M. for visitation and the service will begin at 2:00P.M. The service will be live-streamed via https://youtu.be/WmCT3LTGi0Q Northside Chapel Funeral Directors, 12050 Crabapple Road, Roswell, GA is responsible for arrangements. In lieu of flowers, the family would appreciate your consideration of making a donation in Andrea’s name to Fellowship Christian School, 10965 Woodstock Road, Roswell, GA 30075.

It is with extreme sadness that we announce the unexpected passing of Andrea Serafin, age 52, of Woodstock, Georgia, because of a car accident occurring January 10, 2022. She is survived by her husband of 18 years, Chris; and their children,... View Obituary & Service Information

The family of Mrs. Andrea McClain Serafin created this Life Tributes page to make it easy to share your memories.

It is with extreme sadness that we announce the unexpected passing...

Send flowers to the Serafin family.