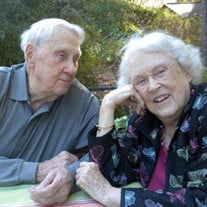 Mrs. Beverlie Reilman was born in Manchester, Iowa, on May 28, 1925, the daughter of Paul and Lyonne Young. She completed her schooling in Davenport, Iowa, where she graduated in 1942. After a year working at the Rock Island Arsenal, she followed her high school success as a writer and became a general reporter and photographer at the Davenport Daily Times. Beverlie completed over two years of college in night classes and met her future husband in a St. Ambrose class. They were married at Holy Family Catholic Church in Davenport on November 8, 1947. While raising their children, Bev found time to write, including public relations for the Girl Scout Council of Northwest Georgia, chairman of the 50th anniversary celebration, and founder and director of a musical show for Girl Scouts, which played eight performances in Underground Atlanta during the anniversary. The "Southside Players" continued for 15 years; one show received a national Music Club award and Bev was awarded the Thanks Badge, highest adult Girl Scout award. Mrs. Reilman was a 53-year (2007) member of Girl Scouts of the USA, served on the Board of Directors of Girl Scouts of Northwest Georgia for six years and was Director of Publicity for many years. She was a founding member of the Trefoil Guild. After volunteering for the new Friendship Force in 1977, Bev soon joined the staff as Director of Program Support with responsibility for training volunteer exchange leaders, manuals, brochures, public relations, and magazine articles and photos. She also travelled to establish The Friendship Force in Austria, Australia, Chile, Finland, France, Israel, New Zealand and Thailand, and supervised local clubs in 42 countries. After retiring, she served as a Consultant and was the author of "When the Family Gathers", an international cookbook. She enjoyed studying archaeology and volunteering at dig sites for the Museum of London, traveling, and writing musical or comedic programs for organizations of which she was a member, such as the Eastern Airlines Pilot Wives Club. At St. George Village, where she and husband Bob moved in 2006, she was chairman of the Food Committee and member of the Resident Council and also designed 12 shows for the Villagers singing group. Preceded in death by her husband of 67 years, Bob, and sister, Phyllis Parr, Beverlie is survived by her six children: Colonel Susan Wisnom (Bob) of Florida, Robert Reilman Jr. (Geri) of Colorado, Captain Jon Reilman of Texas, James Reilman (Felicia)of Baltimore, Captain Dan Reilman (Linda) of Michigan and Mary Beth Last (Howard) of Columbia, Maryland; 17 Grandchildren, 8 great grandchildren, and 2 great great grandchildren; two sisters, Joyce (George) Caulfield of Bodega Bay, California and Pauline Dietz of Davenport, Iowa. She is also survived by “adopted” daughters, Sunni Ball, Amy Bowers, Nancy Reilman and Sunny Aasgaard. JUST A CLOSER WALK WITH THEE First verse – traditional Additional verses penned by Beverlie Reilman Just a closer walk with Thee Grant it, Jesus, was my plea. Daily walking close to Thee, Let it be… dear Lord… let it be. Just a covenant with Thee; Through the years you’ve helped me be Close to Thee… and Thee to me; Jesus, yours I’ve always tried to be…. That closer walk was hand in hand. O’er this beauteous, peaceful land. I hoped to join your heavenly band, A walk….dear Lord….still hand in hand. And my time on earth is o’er; Lead me to that Golden Shore, A covenant now evermore…. Walking close, dear Lord, through that door.

Mrs. Beverlie Reilman was born in Manchester, Iowa, on May 28, 1925, the daughter of Paul and Lyonne Young. She completed her schooling in Davenport, Iowa, where she graduated in 1942. After a year working at the Rock Island Arsenal, she... View Obituary & Service Information

The family of Mrs. Beverlie Jayne Reilman created this Life Tributes page to make it easy to share your memories.

Mrs. Beverlie Reilman was born in Manchester, Iowa, on May 28,...

Send flowers to the Reilman family.