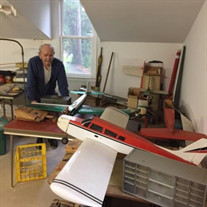 Carl Buren Bolling, 89, died Sunday 2/28/2021 at his GA residence. He was born in Norton Va. and is survived by his wife Dorothy Rains Bolling, married 64 years having no children. Carl was a loved and dedicated Chiropractor. In lieu of sending flowers, you may make a donation in Carl’s name to your favorite charity. ------------------- Carl (Doc, as he was known by close male friends) grew up with 1 brother and 3 sisters. His family, like most, worked in the virgin timber or industries related to the coal industry. Carl grew up on a small farm. In order for the family to be self sufficient, they bred and sold animals and crops that were extra. Carl had a motor cycle accident as a teenager with head injury. This prevented him from playing contact sports or being accepted into the military service. His dream of always wanting to be a US Air Force pilot was also “shot”down. Carl drove the school bus route for three years along with doing his farming chores. Having been treated by a local chiropractor later with success for headaches, he knew this field would eventually become his profession. While attending high school he worked afternoons with his uncle Delmer running a front end loader, loading processed coal that was being delivered all over the USA. Carl’s sweetheart, Dorothy, wanted nothing to do with this kid but eventually with his pursuits they started dating. When they wanted to get married without a “big-do-to”, they eloped with the pretext of visiting a friend in South Carolina. They found a church and minister in nearby city of Kingsport, but luck was not with them at first as the law requiring two witnesses could not be met. Low and behold the mailman leaving the church just then was asked to be the second witness after the ministers wife, he agreed and the rest is not to be repeated. Nov. 2 1956 They moved to Davenport Iowa in April 1957 so Carl could train and get his degree from the Palmer College of Chiropractic. The cost now without room and board for a 4 year degree is around $92,000, then it was only around $600 year. Carl worked evenings as a bell hop and also interned with Dr. Manus while Dorothy worked at the nearby US Army Arsenal built on the island by the North Side during the war between the states. When they had spare time they loved to adventure out, and fish the Mississippi river waters and their tributaries with the boat they bought. Occasionally they treated themselves to a movie. They moved in 1962 after graduation, towing a travel trailer to Chamblee GA where Carl successfully got his certification and license. Carl took over an existing chiropractic practice in Sandy Springs GA from someone relocating to California. He moved his growing practice a few blocks south within the first year purchasing a small house and additional equipment to fill 2 treatment rooms. He was a very successful Chiropractor 34 years, having many dedicated patients who thought they could not live without his adjustments. Dorothy working in Atlanta would come by each day at closing to take over from the receptionist, doing additional paperwork and filing insurance claims, “the real work” as she said. At the beginning having lived in a rented apartment, and buying an empty lot in a subdivision, a property with an almost complete house became available in Roswell GA which they bought using the lot as partial trade. They still reside there. When they decided to retire, a favorite place in Shady Dale GA where Doc, Dorothy and her sister Jean deer hunted, became a second home with cattle farming for a couple of years. Carl had rented out the land and moved the empty office house also to Shady Dale for reconstruction in an open field. This made way for a shopping center where StarBucks and other businesses now flourish. They had been camping and living the weekends on the farm in a small travel trailer, waiting on the farmhouse to become empty from the prior owners. Carl built a 50 x100’ tractor barn to store all the new equipment needed to bring the farm back up to quality, as it being an old dairy farm had been in neglect. They continued the process of converting and adding to the relocated office house, however it was never lived in while they were there. Carl still dreaming of flying, had for years been building radio controlled and line flown model airplanes. Behind this office house he constructed a grass landing strip and flew planes with his good friend Marion Carver who was actually a pilot and the 2 families would go on trips together. They enjoyed this life, still hunting on the property and fishing the 5 acre lake for two more years till a philanthropist came by and made them an offer that could not be refused for the entire farm. Back in Roswell GA an additional 2 car garage was needed and built before they moved back home. Carl was determined diabetic in the early 80s, and years later was also told he had lung cancer (he had been a smoker, but not for years). Having been treated for both conditions his survival 15 years after lung cancer was diagnosed was attributed in part having been under chiropractor care these many years. He spent time fixing things and piddling in the work shop, helping with yard work, riding his motorcycle until it was too heavy for him to handle safely. They brought back a 4-wheeler ATV and both of them used it to visit neighbors. Dorothy continued to work in the yard, tend flowers, cook and keep the house up while she helped Carl as needed when he became weaker.

Carl Buren Bolling, 89, died Sunday 2/28/2021 at his GA residence. He was born in Norton Va. and is survived by his wife Dorothy Rains Bolling, married 64 years having no children. Carl was a loved and dedicated Chiropractor. In lieu of sending... View Obituary & Service Information

The family of Dr. Carl Buren Bolling created this Life Tributes page to make it easy to share your memories.

Send flowers to the Bolling family.