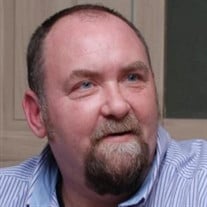 Daniel Erskine Hudson, age 62, of San Antonio, Texas, passed away on January 28, 2021. The youngest of five children, Daniel was born on December 28, 1958, in Hammond, IN to Rufus and Chulita Hudson, and was raised in St. Albans, WV and Springfield, MO. Daniel served in the U.S. Army for 4 years, after which he settled in San Antonio, TX and spent just shy of 40 years there. Daniel was an athletic, strong guy with a BIG personality, a fun-loving spirit, always with a joke, living life fast and furious. He had many sides to him, and mixed it up depending on the audience – reckless and considerate, inappropriate and supportive, bossy and thankful, fearless and thoughtful, taking and giving – all of these characteristics and qualities invoking a variety of responses to him, from amusement, tolerance, annoyance, impatience, loyalty, acceptance and love, but never indifference. He was passionate about cars, trucks, and motorcycles, and happiest when driving, racing, or repairing vehicles. He was generous with others, always willing to help those in need however he could. Daniel will be greatly missed. Daniel was preceded in death by his parents, Rufus and Chulita (Kirk) Hudson, and is survived by his brothers and sisters, David (Mary) Hudson of Alpharetta, GA, John Hudson (Joy Hutson) of Roswell, GA, Diane Martin of Alpharetta, GA, Janet Hudson of Alpharetta, GA; beloved nephews and nieces, Ben (Michelle) Martin of Buford, GA, Heidi (Mihai) Popa of Alpharetta, GA, Heather (Utzu) Logigan of Alpharetta, GA, Hannah Hudson of Atlanta, GA, Zachary (Brianna) Martin of Alpharetta, GA, Ashley (TJ) Medlock of Mt Pleasant, SC, and Nicholas Martin of Atlanta, GA; grand-nephews and nieces, Peyton Martin, Ashton Martin, Bella Popa, Aaron Logigan, Noah Logigan, Michael Popa, Nancy Hutson, Theo Logigan, Greyson Martin, Brody Martin, Nadia Logigan, and Liam Martin; many Kirk and Hudson cousins, and his companion and care-giver, Carrie Liska of San Antonio, TX. Daniel was laid to rest at the Georgia National Cemetery on June 18, 2021. May he rest in peace.

Daniel Erskine Hudson, age 62, of San Antonio, Texas, passed away on January 28, 2021. The youngest of five children, Daniel was born on December 28, 1958, in Hammond, IN to Rufus and Chulita Hudson, and was raised in St. Albans, WV... View Obituary & Service Information

The family of Daniel Hudson created this Life Tributes page to make it easy to share your memories.

Send flowers to the Hudson family.