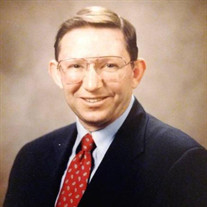 David Leonard Bergman of Alpharetta Georgia, born August 6, 1938 in Tulare, California, went to his eternal home with his Lord and Savior at the age of 81 on May 28, 2020. David was born at the family home and attended Surprise School, Cherry Avenue School, and Tulare Union High School where he graduated in the class of 1956. He enrolled at Westmont College in Santa Barbara CA, majoring in engineering for three years before transferring to UC Berkeley where he earned a BS in Physics in 1961. In 1967 he took a year of sabbatical leave and earned a Master of Science in Electrical Engineering at UC Santa Barbara. David began his career with Boeing Airplane Co. in Seattle. Two years later he returned to California to begin a 30 year career as an Electrical Engineer working on military systems for the Navy and Air Force. He worked at Point Mugu Naval Missile Test Center in Oxnard, CA; China Lake Naval Air Weapons Station in Ridgecrest, CA; Eglin Air Force Base in Niceville, FL; and at The Pentagon in Washington DC. In 1980 David recognized the electrical character of natural phenomena and began active research on elementary particles. In 1990, he published his first paper on electrons and in 1997 he founded Common Sense Science, Inc., a non-profit corporation providing research and education in fundamental physics. He published over 44 research papers including one book in 2002 entitled Science and Rationalism. Growing up, David worked on the family farm and Bergman Dairy where as a young boy his job was to hose out the milking barn. He was a constant reader of any book he could find and he grew to love tennis as he earned many trophies in singles and doubles. His high school team won a championship in 1956. After his college years he taught himself guitar. David maintained a committed relationship with Jesus Christ and wherever he lived he was always an active member in his church. David was preceded in death by his parents Dan Welty Bergman and Gertrude Leonard Bergman. He is survived by his wife Gema and their son Joshua, his former wife Susan Dykman of Aransas Pass, TX, and their children Becky Bergman of Milton GA, and Mike (Kate Summerwill) Bergman of Mableton, GA, and sisters Ruth White of Oxnard, CA, Edie Burckhardt of Tulare, CA, and Jan Pine of Irvine, CA. A private family service will be held at Ebenezer Primitive Baptist Church in Sandy Springs. Funeral Arrangements are provided by Northside Chapel of Roswell, GA.

David Leonard Bergman of Alpharetta Georgia, born August 6, 1938 in Tulare, California, went to his eternal home with his Lord and Savior at the age of 81 on May 28, 2020. David was born at the family home and attended Surprise School, Cherry... View Obituary & Service Information

The family of Mr. David Leonard Bergman created this Life Tributes page to make it easy to share your memories.

Send flowers to the Bergman family.