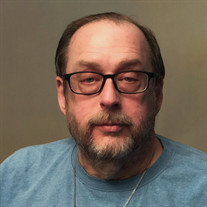 We lost Frank Garson, our cherished husband, father, and brother, on January 12, 2022, in Atlanta, Georgia. Frank was born in the summer of 1947 to Charlotte and Dan Garson, both deceased. He was enormously intelligent, especially with numbers, and had an incisive wit that could only be described as drier than dry. An interest that continued throughout his life, duplicate bridge, gave Frank a great deal of pleasure from the time he became a Life Master in college until this past Monday’s regular game. He played weekly, COVID permitting, at the Atlanta Duplicate Bridge Club and Bridge Club of Atlanta and was often sought after as a partner because of his bridge expertise and pleasant demeanor. Frank enjoyed a long career at the family business, The Lovable Company, beginning in high school when he worked summers on the factory floor and ending as President when the Company closed its doors in 1998. He carried on his grandfather and father’s legacies, making quiet, strong connections with many Lovable employees, whom he thought of as friends and took care of as he did his own family. The feeling was reciprocated: Frank was not an open book, but to all who had the good fortune to get to know him, they knew without question that he truly cared about people. Period. Outside of bridge and work, Frank was somewhat of a homebody. He loved his wife, Rhonda, and daughter, Paige, unreservedly, and cherished a whole host of animals that passed through his life, the last of which was Bowie, or Jack, the cat who had more allergies than Carter has pills and slept contentedly on Frank’s stomach. Frank is survived by his wife Rhonda, his daughter Paige, his sister Lynn, his nephew Daniel, his two nieces Jean and Rose, and close cousins too numerous to name. In lieu of flowers, please send contributions to The Atlanta Humane Society https://atlantahumane.org/ . If you would like to send a message to the family, please share a memory below. There will be no in-person service at this time, but a memorial service will be planned later in the year. He is already greatly missed.

We lost Frank Garson, our cherished husband, father, and brother, on January 12, 2022, in Atlanta, Georgia. Frank was born in the summer of 1947 to Charlotte and Dan Garson, both deceased. He was enormously intelligent, especially with numbers,... View Obituary & Service Information

The family of Mr. Frank Garson II created this Life Tributes page to make it easy to share your memories.

We lost Frank Garson, our cherished husband, father, and brother,...

Send flowers to the Garson family.