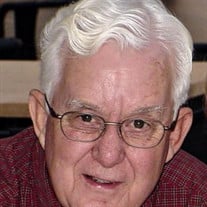 A Psalm of Life (1839) Life is real! Life is Earnest! And the grave is not the goal; Dust thou art, to dust returnest, Was not spoken of the soul. -Henry Wadsworth Longfellow THE WORD OF GRACE George Wilmer Nelson, Jr., the oldest registered land surveyor in the state of Georgia, died at home in Milton on Friday, July 2, 2021, three weeks shy of his 93rd birthday, never having taken a driving test. In 1943, 16-year-old George drove himself from his home in Crawfordville to the State Patrol barracks in Washington, Ga., navigating the 15 miles of dirt road in a family friend’s rattletrap Ford Model A. As he was walking into the building, it hit him that the examiner was going to want to know how he got there, and he was filled with trepidation about how to explain himself. He completed the paperwork and came outside with the officer, who looked at the old car and said, “Boy, you drove yourself from Crawfordville in that?” “Yes, sir,” George responded. “Come on back in here,” the officer said. “You don’t need a driving test.” George drove for the next 77 years and never had an accident. In summer 1946, George and several friends decided to go and volunteer for military service, and he entered the Army on July 9, before he turned 18. His work in the Army was the beginning of a successful career as an engineer and surveyor: his job was to map post-war Japan, including Nagasaki and Hiroshima, based on aerial photogrammetry. Upon completion of military service, he came back to Georgia and used the GI Bill in 1950 to begin studies at Georgia Tech. Upon being certified as a land surveyor on July 9, 1954, he joined the firm of Bracewell and Associates, and later became a partner with Shirey, Nelson and Associates. He became a Professional Engineer in October 1972. He was a life member of the American Society of Civil Engineers and held certifications in urban stormwater drainage design and hydrology. He also developed property in North Fulton and Forsyth counties. The firm still operates under the leadership of George’s oldest son, Stephen, who became a partner and registered land surveyor. In 1954, he met Goldie Kay Sjulson, a Minnesotan from Thief River Falls, who had moved to Atlanta to be near her brother Robert. (Robert was married to George’s sister JoAnne and they had a new baby, Charlie; Kay worked in Decatur as comptroller of Commercial Trust Co.) George and Kay (or as they were known to friends, Billy and Goldie) were married in 1955, and thus began a union that produced five children. Nicknamed Scooter –for his fondness for the scooter he built out of scrap boards and salvaged skate wheels—George was known from childhood for both his love of taking things apart and for his imagination. As a small boy, he was playing with a friend at Othermama’s house (Othermama was the name he gave his grandmother Susan Harrison Jackson, and the nickname stuck with her until she died at 103 in 1981), pretending one of the saggy old beds was a sailing ship. Lost in make-believe, he called out, “Don’t fall in the ocean! Hold on!” To which the other child, peering over the edge, responded, “I don’t see any water, Scooter.” He also loved church music, especially when performed by his children and grandchildren, and he spent some of his final hours listening to their recordings, as he slipped peacefully from Earthly existence into the presence of his Heavenly Father. George was an ordained Baptist deacon, practicing his faith every day and serving for many years at a local church. He especially enjoyed supporting the Overseas Missionary Fellowship, now OMF International, and appreciated the stories the missionaries shared on stateside visits. He went on a mission trip to Chandigarh, India, in 1969; posters advertised him as the “world renowned” evangelist Rev. George W. Nelson Jr.; he chuckled about this overblown description many times. George was born in Wildwood, Fla., the son of George W. Nelson Sr., a passenger clerk with Seaboard Airline Railroad, and his wife Frances “Sugie” McBride Jackson, an elementary-school teacher. He is survived by his sisters, Frances JoAnne Nelson Sjulson (Robert) and Linder McBride Nelson Clark (Harry); the siblings grew up in Crawfordville, Ga. He is also survived by his wife of almost 66 years, and their children: Stephen Blake Nelson (Jan Harbin) of Canton; D. Michael Nelson (Luann Treadaway) of Asheville, N.C.; Brian Donald Nelson (Kathy Boycott) of Kalispell, Mont.; LtCol. Marcus Jerome Nelson, USMC, Ret. (Maria Hart) of Prospect, Ky.; and Dr. Julia Marie Nelson Hawkins (Tom) of Columbus, Ohio; 14 grandchildren; 5 great-grandchildren (with one on the way); and many cousins, nieces, and nephews who will greatly miss him at the Thanksgiving table. A private ceremony was held at Crawfordville Baptist Church Cemetery on July 19, 2021. In lieu of flowers, donations may be made to St. Jude Children’s Research Hospital in his honor.

A Psalm of Life (1839) Life is real! Life is Earnest! And the grave is not the goal; Dust thou art, to dust returnest, Was not spoken of the soul. -Henry Wadsworth Longfellow THE WORD OF GRACE George Wilmer Nelson,... View Obituary & Service Information

The family of George Wilmer Nelson Jr. created this Life Tributes page to make it easy to share your memories.

Send flowers to the Nelson family.