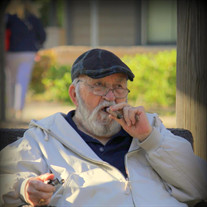 Henry Hill Murphy III of Alpharetta, Georgia passed away peacefully under the care of Inspire Hospice and surrounded by loved ones on Wednesday, September 29, 2021. Henry was born December 3,1934 in St. Louis, Missouri and grew up in Waycross, Georgia. Henry was a 1952 graduate of Waycross High School, where he lettered in football and basketball. He attended the Citadel and later graduated from Georgia State University with BA in Business. Henry served in the Navy as a Naval Air Cadet and was deployed aboard the USS Saratoga. Upon honorable discharge from the Navy, he moved to Atlanta where he was employed by Citizens & Southern (C&S) bank as a bank manager then eventually promoted to Vice President. It was there that he met the love of his life and wife of 58 years, Jane Hendon Rowe Murphy of Valdosta, Georgia with whom he raised a family in Atlanta then moving to Alpharetta. During his business career, he started his own manufacturing company, Odor Sorb, Inc, however spent the majority of his professional life as Chief Operations Officer and President of Americo Manufacturing Company in Acworth, Georgia. Henry volunteered at St. Joseph’s Hospital in Atlanta for 25 years, something he enjoyed greatly. He developed a seriously bad golf habit and enjoyed sports and travel his entire life. However, one of his greatest joys in life was being a father and grandfather. His favorite times were when all 5 grandchildren where seated around him. They all gave him overwhelming joy and made him so proud. Henry was preceded in death by his wife Jane, his parents, Tom and Aline Murphy, and sister and brother in law, Wallace and Susan Staton of Charlotte, North Carolina. Left to cherish his memory are his son Thomas Murphy MD and his wife Cindy of Canton, Georgia; daughter Katherine Shirley and her husband Richard of Alpharetta, Georgia; grandchildren Emily Murphy, Meghan Murphy and Henry Hill Murphy IV and Hannah Shirley and Nathan Shirley. Henry was a devoted and wonderful husband, father, brother and grandfather. He will be dearly missed and will remain treasured by all that knew and loved him including numerous friends, golf buddies, and neighbors. A memorial service will be held Friday, November 5 at 10:00 am at The Georgia National Cemetery in Canton, Georgia. In lieu of flowers, a memorial donation may be made to the American Heart Association. Katie and Tommy would like to thank the staff of The Phoenix of Milton, for taking such good care of and loving on daddy. When he passed away, he most definitely was surrounded by family and love.

Henry Hill Murphy III of Alpharetta, Georgia passed away peacefully under the care of Inspire Hospice and surrounded by loved ones on Wednesday, September 29, 2021. Henry was born December 3,1934 in St. Louis, Missouri and grew up in Waycross,... View Obituary & Service Information

The family of Mr. Henry Hill Murphy III created this Life Tributes page to make it easy to share your memories.

Send flowers to the Murphy family.