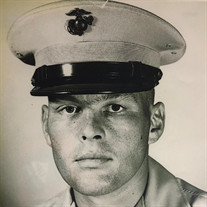 James Edward Lake, a USMC Vietnam Veteran, Husband, Father, Grandfather, and friend, died at the age of 83. Milton, GA. It is with great sadness that the family of Retired Major James Edward Lake announces his passing after an illness on September 6, 2020. James, lovingly referred to as “Jim” by his family, friends, and co-workers, served with honor in the United States Marine Corps for more than 24 years. He served in combat in Vietnam as a Radar Intercept Officer and Avionics Officer with his fellow Marines in Marine Fighter Attack Squadron 314. He was awarded the Navy and Marine Corps Medal with Valor, the Navy and Marine Commendation Medal with V Device for Valor, the Navy and Marine Achievement Medal with V Device for Valor, the Combat Action Ribbon, the U.S. Presidential Unit Citation, the Navy and Marine Meritorious Unit Citation, the Navy and Maine Unit Achievement Citation, the Good Conduct Medal with three Bronze Stars, the National Defense Medal, the Vietnam Service Medal with three Bronze Stars, the Vietnam Presidential Unit Citation, the Republic of Vietnam Cross of Gallantry Medal, the Republic of Vietnam Civic Action Medal, the Republic of Vietnam Campaign Ribbon, the Expert Rifle Badge, and Expert Pistol Badge. He remained friends and in the hearts and minds of the enlisted Marines who served under his command. Ever devoted to his country and his fellow veterans, he volunteered at VFW Post 12002 in Alpharetta, Georgia in his retirement. After his military service, Jim went on to a career in space and defense. He worked for notable companies: General Dynamics, Cleveland Pneumatic, Rockwell International. In 1998, Jim retired as a Vice President of Operations at Boeing Space and Defense. He graduated with honors from Memphis State University. Jim was quick-witted and always had a good joke for every occasion. He loved to make people laugh. It was his way of showing endearment. Jim was an avid guitar player. He picked up the guitar while in the Marine Corps and referred to himself as a “strummer and a hummer”. Many people don’t know that Jim was offered a recording contract with Sun Records back in the late 1950s but chose a life of service in the Marine Corps, his beloved occupation. Jim loved the Marines and would wake to revelry and close the night with taps along with his family and friends no matter his location. He loved to fly and was fascinated by aeronautics. Jim loved history and all the lessons of the past. He was a voracious reader of historical non-fiction, fiction, and any current events. He loved all sports, especially football. He was quite the animator and would draw cartoons for his children and friends that included his impeccable handwriting and hilarious wit. Jim was most proud of his 63-year marriage to his wife Jody. He loved to tell their love story and would end it with a dance with Jody even when there was no music playing. Jim loved to love. He is survived by Evelyn (Jody) Davis Lake, his daughter Kelly Anne Wilson (Charles) and his son Keven Michael Lake. His grandchildren Michael Charles Wilson, Loren Michelle Wilson, Maria Luisa Monteiro Oliveira, Matheus Monteiro Lake, and James Kenneth Lake. He is also survived by his brother and sister-in-law Kenneth Stewart Lake and Angelina Mary Lake. Brother-In-Law Judge Floyd Don Davis and Joanne Peters Davis along with his son-in-law Charles Eugene Wilson, Nieces and nephews Jeff Scott Davis, Cathy Cason Davis, Cindy Lynn Davis, Steve Rollason, Andy Peters Davis, Jessica Fell Davis, Robert Floyd Davis, and Allison Hale Davis. His extended family in Tennessee and California loved him dearly. He is preceded in death by his grandfather Stewart Oliver, mother Mary Oliver Babbit, sister Maureen Babbit Kennedy, and his dearest daughter Linda Jo Lake. Jim loved his wife, children, grandchildren, siblings, family, friends, pets, teammates and his Corps! Oorah!

James Edward Lake, a USMC Vietnam Veteran, Husband, Father, Grandfather, and friend, died at the age of 83. Milton, GA. It is with great sadness that the family of Retired Major James Edward Lake announces his passing after an illness on September... View Obituary & Service Information

The family of Major James Edward Lake created this Life Tributes page to make it easy to share your memories.

Send flowers to the Lake family.