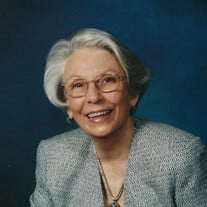 Eula Jean Thomas Ball, 90, of Alpharetta, GA passed from this life on February 14, 2021. Born in Jacksonville, FL on July 15, 1930 to R.J. and Willena Thomas, she married William Jennings Bryan Ball, Jr. on September 17, 1950 in Waycross, GA. They moved to Atlanta on their honeymoon and were married for 58 years at the time of his passing in 2008. She graduated from Waycross Senior High School where she made The Who’s Who in American High Schools, then attended Georgia State Women’s College making the Dean’s List in her first and only year there. Leaving school early to care for her mother while she was battling breast cancer, she did not let that slow down her education. She continued to take classes off-campus at UGA and Waycross Vocational School, and later took classes at DeKalb College while working at CDC in Atlanta. Beginning with the Ware County Board of Tax Assessors in Waycross, she went on to work multiple government jobs. Upon moving to Atlanta, she worked at the US Civil Service Commission; Department of Commerce; Office of the Chief, Building Management Division; and the Office of Compliance and Security until leaving work to become a stay-at-home mom in 1956. In 1970, she began a career with CDC where she remained until her retirement in 1995. She truly enjoyed her work at CDC and the many lifelong friends she made there. After her retirement, she enjoyed traveling with her husband, working in the yard, and spending time with her children, grandchildren, and great-grandchildren. She was a true southern lady full of elegance, grace, class, and a little bit of sassiness. Never short on time for her friends or family, she was loved by all who met her and lived a very full and happy life. Survived by her daughter Robin Myers and her soulmate Craig Lipscomb, Conyers, GA; son and daughter-in-law Greg and Wanda Ball, Dallas, GA; daughter and son-in-law Karen and Andy Berube, Crestview, FL; seven grandchildren and eight great-grandchildren; sister Betty Carol Highsmith, Waycross, GA; sister-in-law Dean Ball, Waycross, GA; and her precious dog Chloe. Flowers are accepted or donations may be made to the American Cancer Society. A private family service will be held on Saturday, February 27, 2021 at 3:00PM at Northside Chapel Funeral Directors in Roswell. A private graveside service will be held on Monday, March 1, 2021 at 2:30PM at Georgia National Cemetery.

The family of Mrs. Jean T. Ball created this Life Tributes page to make it easy to share your memories.

Eula Jean Thomas Ball, 90, of Alpharetta, GA passed from this...

Send flowers to the Ball family.