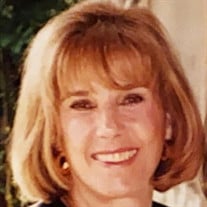 Kathryn Mary Spatafora Perez, 92, of St. George Village, Roswell, Georgia and formerly of New Orleans, Louisiana passed away peacefully Monday, February 24, 2020. Born and raised in New Orleans, she graduated from Holy Angels Catholic High School. She attended Louisiana State University where she met the love her life Adam Andrew Perez. After Adam graduated as a Petroleum Engineer and began his lifelong career with Schlumberger, Adam and Kathryn married in 1947. They started building their lives together residing in Lake Charles, Houma, Opelousas, and Lafayette, Louisiana and a brief time in Denver, Colorado before settling in Houston, Texas in 1962. Not only was she a devoted daughter, sister, wife, mother and homemaker, Kathryn became a successful entrepreneur by opening her own business, Gold Key Interiors. This upscale custom home interiors store became prominent as an interior design resource in the Houston Memorial area. She hired, trained, and managed several employees in the successful operation of her business for two decades. Traveling locally and abroad for their work and pleasure, Kathryn and Adam were inseparable. After Kathryn sold her business, they orchestrated their Schlumberger transfer back to their roots in New Orleans where Kathryn was a member of the Ladies Leukemia Society and the New Orleans Garden Club. Additionally, she and Adam hosted several events at the New Orleans Museum of Art. Throughout her life she lived and practiced her Catholic faith. At the end of 1994, she lost her beloved husband, Adam. Kathryn reluctantly left New Orleans in 2005 as Hurricane Katrina approached. Being displaced by Katrina, a year later she permanently moved to Roswell and enjoyed sharing in the lives of her daughter, son in law, and grandchildren. Kathryn brought great style to everything she did, her Italian and New Orleans cooking was the best, she was vibrant and sassy, never to be underestimated. Her love for her family’s friends made her an extension in their lives. She participated in an active social life in all of her pursuits, and she made many dear friends everywhere she lived during her 92 years. Kathryn was preceded in death by her parents, Mariano Joseph and Frances Napoli Spatafora, her sister Geraldine Spatafora Genovese, her beloved husband Adam Andrew Perez, and her son David Adam Perez. Kathryn is survived by her daughter Kathryn Frances and son-in-law Carl Anthony Hazenberg, grandchildren Sarah Kathryn Lasseigne, Grace Anne Lasseigne, Emma Kathleen Hazenberg and Carl Matthew Hazenberg. The family will receive friends on Sunday, March 1 at Northside Chapel Funeral Home from 2 to 4 p.m. A Funeral Mass will be held 10:30 a.m. Monday, March 2 at St. Peter Chanel Catholic Church with Reverend Monsignor Peter J. Rau and Reverend Brian Buford officiating. An interment service will be held in New Orleans at Lake Lawn Park led by Reverend Father Bob Massett later in the month. Those desiring may make contributions in her name to St. Peter Chanel Catholic Church, 11330 Woodstock Road, Roswell, GA 30075.

The family of Mrs. Kathryn M. Perez created this Life Tributes page to make it easy to share your memories.

Send flowers to the Perez family.