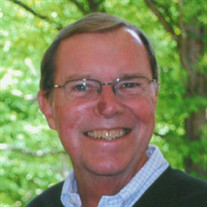 Larry Hugh Dye was born on June 26, 1949, in Newnan, Georgia, to Arthur Hugh “Buster” Dye and Ann Hall Dye. He was a member of First Baptist Church and became actively involved in scouting at an early age, which lead him to attend the 1964 World’s Fair in New York with his Boy Scout Troop, a trip that became one of his favorite memories to share. Larry was always an avid sports fan and began each morning reading the sports section of the AJC newspaper, as he kept up with the Braves, Falcons and any golf tournament that might be in progress. Larry began playing golf as a young teenager mentored by his next door neighbor, Mr. Gene Cavender, and he continued playing throughout most of his life. After graduating from NHS, he attended West Georgia College where he helped organize, initiate and become an original member and treasurer of the WGC chapter of Sigma Nu Fraternity. During college, in the height of the Vietnam War, Larry served as a tank commander in the GAANG. He returned to college after an honorable discharge to complete his degree. After receiving a degree in Marketing and Management from WGC, Larry was hired as a claims adjuster with The Travelers Insurance Company in Atlanta, a position that would lead to a lifelong career in insurance as he moved into many other positions with the company. It was also at The Travelers where Larry met his future wife, Janis. Larry and Janis were married on April 27, 1985, and with Janis’s full support, Larry left The Travelers and went into what became his true calling, selling commercial lines insurance. It is well known that Larry conducted many successful business sales at his favorite office, the golf course. His warm, easy going personality and natural talent for sales earned Larry partnerships in several companies before becoming an eventual partner with George Jones of the Sydney O Smith Agency. Larry greatly admired Mr. Jones and appreciated becoming a part of the agency. The agency’s collaborative hard work and success was noticed by BB&T’s growing insurance division. After a lucrative buyout by BB&T of the Sydney O Smith Agency, Larry became a Vice President in BB&T’s insurance department where he worked until illness forced his early retirement in 2015. At the time of his retirement Larry had hundreds of devoted clients, many of whom he had worked with for decades. Larry was a member of Roswell Rotary since 1987 where he worked on several different committees. Although his work in insurance played a major part in his life, Larry was most proud of his family, starting with parents that he greatly loved and admired. His son Arthur Hugh Dye II (Art), whose equally impressive 23 year military career and the four beautiful granddaughters, Ali, Lettie, Amelia, and Cass, that Art and his lovely wife, Megan, have given him and Janis was always a great topic of pride for Larry. He equally loved and admired his younger son Michael Brian Dye (Brian), a very talented artist that has constantly devoted the last several years helping his parents through the difficult challenges of Larry’s illness. But most of all there is Janis, his equal partner and loving wife that even took up golf for him, and has been his greatest advocate during these last very trying years. He also leaves behind a devoted sister, Angie Dye Friedell and her husband, Ron, nephew, Zach Friedell, sister-in-law, Debra Stanway, and his dog and constant companion, Buster, who was always at his side, day and night. Larry is preceded in death by his parents and brother-in-law, Roger Stanway. Larry was known for his dry sense of humor, unwavering generosity, joke telling, poker playing and mischievous grin. As Larry would approve of, a celebration of life will be planned at a future date for his friends and family to remember and honor him. Interment will be at RUMC where he and Janis were long time members. Donations in his memory to an ASPCA of your choice will be appreciated in lieu of flowers.

Larry Hugh Dye was born on June 26, 1949, in Newnan, Georgia, to Arthur Hugh &#8220;Buster&#8221; Dye and Ann Hall Dye. He was a member of First Baptist Church and became actively involved in scouting at an early age, which lead him to attend... View Obituary & Service Information

The family of Mr. Larry Hugh Dye created this Life Tributes page to make it easy to share your memories.

Send flowers to the Dye family.