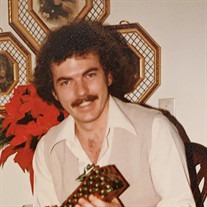 Phillip “Phil” Wayne Stewart, age 66, died of natural causes at home on April 26, 2022. He was born July 28, 1955, to Franklin J.C. Stewart and Claris Collett Stewart of Milton, Georgia. In an era when northern Fulton County was more dirt roads and down-home cooking than today’s bustling world of gated communities and horse barns, Phil was raised in a modest brick home where hands learned early how to pray and work hard. During a childhood full of garden chores and front porch stories, Phil helped dig out the family’s basement for more storage, while also extending upwards the home’s brick chimney, an endeavor that thankfully remains taller than it is crooked. Phil graduated from Milton High School and at the age of 22 welcomed his son, Joshua, to the world, with whom he shared a love of candy that could never be too sweet and fireworks that could never be too loud. As the Atlanta area grew up and out, Phil left the quiet pastures of the Milton area and joined the modern economy with a career taking him to Coca-Cola as a delivery driver and salesman, and on to lively chapters in construction, property management and custom flooring. While Phil knew better than anyone how to unwind on the weekends and make the most of free time with friends, he also believed in doing each work task he approached with care and precision. His attention to detail opened doors for him that led to new employment opportunities and a chance to mentor, as well as learn from, his colleagues. In recent years, Phil made his home once again in Milton and cared for his mother. The same backyard field where he labored as a child became the spot where Phil engineered a deer-proof vegetable garden that was rich in passion and produce. As he worked the soil and tended to his corn, tomatoes, beans, okra and squash, Phil reconnected with the land and community that had raised him. As each summer set in with its heat and humidity, Phil made sure the vegetables he grew went to good use, whether being cooked or canned in the kitchen for him and his mother, or shared with family and friends. Phil enjoyed having people come over to share the bounty, especially when the squash came in, and he really got a kick out of sending elders and relatives home with something from the garden. In the end, his goal was quite simple: Phil just wanted to make sure everyone was both welcome and well fed. Phil did not wish to have a memorial because he didn’t want people “crying and boo-hooin’ over” him. Because Phil enjoyed letting people know they were thought of, the best way for folks to honor his memory is by spending time with someone they love or reaching out to an old friend just to say “howdy.” Phil is preceded in death by his father J.C. Stewart, as well as his brother Terry Stewart, his sister Angela Stewart Tappe and his nephew, Tyler Mathews. He is survived by his mother Claris Stewart of Milton (GA), his son and son-in-law, Joshua Saunders and Brian Basinger of Atlanta (GA), brother and sister-in-law Brian and Trina Stewart of Canton (GA), niece and nephew-in-law, Heidi and Ken Ewing of Houston (TX), nephews Jacob and Tanner Stewart of Canton (GA), and numerous other beloved friends and family.

The family of Phillip Wayne Stewart created this Life Tributes page to make it easy to share your memories.