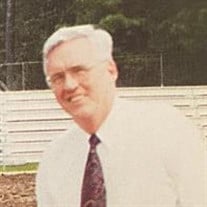 Robert Lynch entered into eternal life on March 21, 2022, in Alpharetta, GA. He is survived by his loving wife of 52 years, Theresa, and his 6 devoted children: Jeanne, Beau (Robert Jr.), Jay (Michelle), Josh (Melissa), Theresa (James), Daniel, and his two sisters, Lorraine and Margaret (Charlie) of Boston. He is the proud grandfather of 19 adoring grandchildren: Jay T, Anna, Maddie, Carolyn, Hank, Oscar, Kathleen, Sean, DJ, Johnny, Kylie, Michael, Gracie, Jameson, Lanie, Sienna, Colin, Molly and Charlotte. For over 50 years, Robert spent his life dedicated to serving students and teachers. In Minneapolis Public Schools, he was principal of a junior high and several high schools. As principal, he led his schools through the tumultuous years of desegregation and the American Indian Movement (AIM). Integration and equality remained dear to his heart throughout his career. In 1993, he moved south and became principal of North Springs High School. He went on to serve as an area superintendent for Fulton County Schools for 15 years. Robert was known for his intelligence and optimistic leadership, his ability to inspire confidence in those who work with him, his unfailing sense of humor and appreciation for the human condition, his unabashed enjoyment of his work, his forthright integrity in dealings with young people and adults, his energetic and enthusiastic devotion to the needs of students, and his unmitigated belief in their potential for positive growth. A funeral service will be held at St. Brendan's Catholic Church, 4633 Shiloh Rd, Cumming, GA 30040, on Tuesday, March 29, 2022 at 1:00pm. The family will receive friends the evening prior, Monday, March 28, 2022 from 5:00pm to 8:00pm, at Northside Chapel Funeral Directors, 12050 Crabapple Road, Roswell, GA 30075.

The family of Mr. Robert Henry Lynch Sr. created this Life Tributes page to make it easy to share your memories.

Send flowers to the Lynch family.