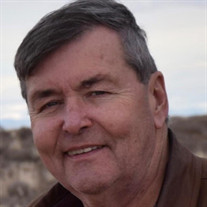 On Saturday, January 23, 2021, Steven Joseph Rogers passed away at age 66. Steve was born on June 26, 1954 in New York, New York to Edward and Anna “Nancy” Rogers. Born the second of six children, Steve was raised in a traditional Irish Catholic family. After graduating from St. John’s High School in Shrewsbury, Massachusetts, Steve studied business at Worcester State College. Ever ambitious, he began his career at UPS at the young age of 19, retiring 36 years later as Senior Vice President of Corporate Strategy. His personal life was just as impressive as his career accomplishments; Steve married the love of his life, Colleen, on June 13, 1987. In their 37 wonderful years together, they lived in several states and raised six children: Clare, Steven Jr., Brian, Margaret, Sean, and Sarah. Steve was a man of many passions and entrepreneurial pursuits. He was a brilliant businessman and loved to learn, which often led to yet another business venture, such as Hi Life Restaurant, numerous real estate ventures, and his unforgettable Beanie Baby eBay business. Steve also enjoyed literature, made evident by his impressive collection of leather bound books. However, Steve’s greatest joy was the time that he spent with his family. A devoted husband, father, and grandfather, Steve coached dozens of sports teams, cooked elaborate meals for his family, and frequently traveled with Colleen to explore national parks and to attend live music events. Steve had the best sense of humor and an uncanny wit that resonated with all who knew him. He was a generous and kind person who was motivated by the teachings of Jesus Christ; always compelled to help others and never wanted a thing in return. Furthermore, he was always brave in the face of adversity. Steve set an admirable example of courage and faith throughout the duration of his life. Steve was preceded in death by his father, Edward, and his mother, Nancy. He is survived by his wife, Colleen, and their beloved golden retriever, Mimi, as well as their six children, his two granddaughters, Zoe and Lilah Sporn, to whom he affectionately referred to as his “treasures,” his five siblings, Edward III, Thomas, Kevin, Jim, and Mary, and his many nieces and nephews. A funeral service will be held on Monday, February 1, 2021 beginning 11:00 A.M. at Saint Peter Chanel Catholic Church in Roswell, Georgia. Due to the COVID-19 pandemic, Steve’s graveside memorial service will be held at a later, safer date, as “THE DAD” would have desired.