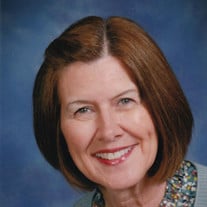 Victoria Anne Martin, 67, formerly of Hillsboro, died April 23, 2020, in hospice care at her home in Roswell, Ga. She was the daughter of the late Harold (Short) and Mary Catherine (Khaki) Stroup Scott born Sept. 14, 1952. She was reared in Victoria and was a 1970 graduate of Hillsboro High School. Known to her many friends as Vicki, she was a kind and caring person whose wide beautiful smile and quick laughter made wherever she was a brighter place. Her sweet personality was infectious. She was the ultimate hostess and made every person feel special and welcomed. In 2009 Mrs. Martin retired from the Hillsboro School District where she had been director of human resources and executive secretary to the superintendent. She was previously associated with Doe Run Lead Co., Herculaneum, in a similar capacity. She was a member of St. Thomas Aquinas Catholic Church, Alpharetta, Ga. And was a volunteer with the St. Vincent de Paul Society and Pilgrim Virgin ministry. While a member of Good Shepherd Church, Hillsboro, she helped provide nightly meals for the parish priest. Mrs. Martin had been a member of the Hillsboro Park Board. She was a member of the American Legion Post 201 Auxiliary, Alpharetta, Ga. On April 8, 1983 Vicki Scott and Charles A. (Chuck) Martin were married in Hillsboro. They resided there until 2017 when they moved to Georgia. Surviving with her husband are two daughters, Callie Ann (Matt Staloch) Martin, Hillsboro, and Caitlin Anne (Jared) Santinelli, Roswell, Ga.; five grandchildren, Cyrus Mahan, Lia Mahan and Gavin Mahan, Hillsboro, Lydia Santinelli and Jack Santinelli, both of Roswell, Ga.; a brother, Colby Scott; brother-in-law, Lou (Janelle) Martin, Alpharetta, Ga.; two sisters-in-law, Jane Scott and Becky Martin Lowry, both of Hillsboro; seven nieces and nephews, Colby N. Scott, Connor (Hunter Johnson) Scott, Mitchell Scott, Dustin (Stacey) Lowry, Scott (Laura) Lowry, Barbara Lowry and Andrea Lowry; numerous cousins and countless friends. Funeral services and burial will be in De Soto, Mo. at a later date. In lieu of flowers donations may be made to the St. Vincent de Paul Society and mailed to Good Shepherd Church, 703 Third St., Hillsboro, Mo 63050.

Victoria Anne Martin, 67, formerly of Hillsboro, died April 23, 2020, in hospice care at her home in Roswell, Ga. She was the daughter of the late Harold (Short) and Mary Catherine (Khaki) Stroup Scott born Sept. 14, 1952. She was reared... View Obituary & Service Information

The family of Mrs. Victoria Anne Martin created this Life Tributes page to make it easy to share your memories.

Send flowers to the Martin family.