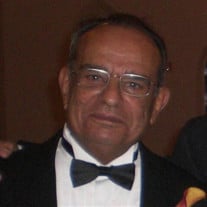 Yousef (Joe) Hanna Atallah passed away suddenly on July 25, 2021, at the age of 85. He loved to spend time at his home in North Carolina where he loved gardening, fishing, woodworking, looking out over the water, and sharing his experiences and many stories with family and friends. He spent much of his time there engaging in his lifelong passion for learning and was eager to pass along his knowledge to those who visited through his always open door. He was born to Hanna Atallah and Helena Mansour in Egypt. Yousef received his Bachelor’s degree from the University of Cairo. He then received a scholarship to study for his PhD in Toxicology at Louisiana State University. After completing his PhD, Yousef returned to Egypt to work at the National Research Center where he met, and later married his wife, Mary (Habib). They immigrated back to the United States. Together they had 3 children: Jackie, Hany and Joann. Yousef worked hard throughout his professional career, first as a postdoc at the University of Kentucky, then Velsicol, and finally Sandoz. After retiring, Yousef returned to teaching chemistry at Northeastern Illinois University. During his professional life, he loved to mentor students seeking out post graduate degrees and was always proud of and celebrated his students along with their accomplishments. More than work, Yousef loved his family and friends, both old and young. For years, he worked with the youth at church taking them camping, teaching them new skills, and engaging them in various other activities. He served in many capacities as an elder of the church and later as a founding member of the St. Mina Coptic Orthodox Association. He loved to spend time with family and friends telling stories. His generosity was unmatched, and he never turned away anyone who asked for his time or help or needed his advice. He was a devoted husband, brother, father, grandfather, and uncle. He was always thinking of what was best for his children and grandchildren. He loved to garden and was very proud of his green thumb. Everywhere he lived, Yousef always had a well-tended garden. He loved to share the fruits of his garden with all of us. His children joked that dad was always feeding them weeds (now known as greens) from the garden. Yousef is survived by his wife, Mary, his 3 children, Jackie (John) Lord, Hany Atallah (Louise Chang) and Joann Drago, 5 grandchildren, Helena and John Lord, Jake and Haley Atallah, and Mia Drago, and his siblings, Welham Atallah, Latif (Viola) Atallah and Fathy (Nabila) Atallah. He will be remembered and cherished by his numerous nieces, nephews, extended family and dear friends. A wake will be held on Wednesday, July 28th from 6-8 pm at the banquet hall at St. Mary Coptic Orthodox Church in Roswell, GA. The funeral service is scheduled for 11 am on July 29th, 2021 at St. Mary Coptic Orthodox Church in Roswell, GA. In lieu of flowers, the family requests that donations be sent to Light for Orphans.

Yousef (Joe) Hanna Atallah passed away suddenly on July 25, 2021, at the age of 85. He loved to spend time at his home in North Carolina where he loved gardening, fishing, woodworking, looking out over the water, and sharing his experiences... View Obituary & Service Information

The family of Yousef Hanna Atallah created this Life Tributes page to make it easy to share your memories.

Send flowers to the Atallah family.