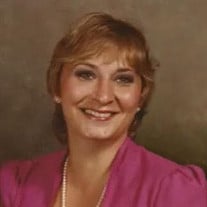 Brenda Braunbeck Stribling, 68, of Roswell, GA, passed away March 18, 2021, with family and loved ones at her side. She was born to Orval and Carol Braunbeck on November 18, 1952, in Montoursville, Pennsylvania. Her brother John would join the family several years later. In the early 1960s, the family moved to Lake City, Florida. Brenda was very active in her community and academic institutions. She graduated from Columbia High School, where she was voted Miss CHS and Most Versatile by her peers. Brenda was also captain of the Columbia Fighting Tigers cheerleading team. She later attended West Georgia College in Carrollton, Georgia, where she became a member of the Beta Iota chapter of Delta Delta Delta. Through this social and philanthropic organization, she met Jack Stribling of Habersham, GA. The two would be wed on August 16, 1974. They welcomed daughter Carolyn in 1978, and daughter Abbe in 1981. That same year, the Stribling family moved to Roswell, Georgia, where Mrs. Stribling retained residence until her passing. Brenda, or "Brombeck" to those who knew her, made it a point to be active in the lives of her daughters. She was a prominent force in the Girl Scouts of Greater Atlanta, serving as both a troop leader and consultant for regional jamborees and camps. She later embraced the proud titles of Telephone Chair and eventual Co-President of the Lassiter Band Booster Association beside her husband Jack from 1997-1999. She was a contributor and spectator when her daughter Abbe, as a Drum Major, helped lead the Lassiter High School Marching Band to their first Grand National Championship in 1998. Brenda freely gave of her creative abilities to assist with both special and corporate events. She worked as an administrative assistant to corporations such as Shaw Flooring, Paul Sebastian, Inc. and Givenchy. Brenda also lent her talents to O'Brien Productions in Marietta to assist in both fundraising and celebratory events. Though she enjoyed contributing to others, her focus remained strongest with her family. She enjoyed adding her personal flair and touches to every event she was part of, no matter how small. While her daughters brought her great joy, she found the most happiness in her granddaughter, Annie. Brenda's heart was always intent on putting family first and would encourage others to do the same. Mrs. Stribling was preceded in death by her loving husband of 39 years, Jack Stiles Stribling, and her father, Orval L. Braunbeck. She is survived by her daughters Carolyn Campbell (Carrie) Stribling of Acworth, and Abbe Dimon Stribling of Roswell. She is also survived by her mother Carol DeWald Braunbeck of Lilburn, brother John Braunbeck (Naomi) of Cumming, and granddaughter Adrienne Marie (Annie) Henry of Aledo, Texas. A celebration of life will be held at a later time. In lieu of flowers, the family asks that supportive donations be made in Brenda's name to the Lassiter Band Boosters Association (lassiterbands.org/donations-info), and the Lake Lucerne Estates Civic Club (PO Box 870954, Stone Mountain, GA 30087).

Brenda Braunbeck Stribling, 68, of Roswell, GA, passed away March 18, 2021, with family and loved ones at her side. She was born to Orval and Carol Braunbeck on November 18, 1952, in Montoursville, Pennsylvania. Her brother John would join... View Obituary & Service Information

The family of Mrs. Brenda Braunbeck Stribling created this Life Tributes page to make it easy to share your memories.

Send flowers to the Stribling family.