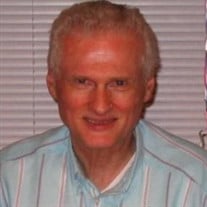 Charles J. Clement Jr., 79, of Woodstock, Georgia, passed away on Tuesday, May 18, 2021. Chuck attended St. Thomas Aquinas Catholic Church in Alpharetta and for many years was devoted to the prison ministries Kairos and St. Joseph Cafasso. He was a member of Knights of Columbus. Chuck was raised in Proctor, Minnesota, the youngest of three children born to Charles and Irene Clement. He graduated from Proctor High School, received a Bachelor of Science degree in Mathematics from the University of Minnesota, Duluth. Later he received a Master of Science in Management and in Financial Planning. He was a member of the Society of Actuaries and Kingdom Advisors, and a Chartered Life Underwriter. Growing up, Chuck participated in multiple sports. He played ice hockey as a kid until he discovered “how much better it was to be playing basketball in a warm gym than hockey on a cold rink.” In addition to basketball Chuck participated in his high school tennis, football, and track & field teams. Later, the physical activities he enjoyed consisted of working out at various gyms multiple times a week. He was an avid reader most of his life and read (almost) every book on religion or health, known to man. Throughout his life he especially enjoyed the many vacations and outings with his wife, Pat, and son, John. Plays and concerts were high on his list of pleasures. He was a wonderful, loving husband and father, a kind, gregarious human being. Chuck is preceded in death by his mother, Irene; his father, Charles, and his son, James. He is survived by his wife, Patricia Ann Dixon; son, John Clement; sisters, Annie Clement and Cathie Vanneste (Donald); niece, Marie Lambert (Ray); nephews, Peter Vanneste (Beverly), Chuck Vanneste (Jane) and Michael Vanneste (Sandi); grandnephews, David, Thomas, Andrew; grandniece, Alex; and numerous lovely friends. A memorial mass will be held at 10:00 am on Monday, May 24 at St. Thomas Aquinas Church, 535 Rucker Road, Alpharetta. Those wishing may send flowers, or a donation to St. Joseph Cafasso Prison Ministries, 12406 Crabapple Road Suite 202-213, Alpharetta, Georgia 30004.

Charles J. Clement Jr., 79, of Woodstock, Georgia, passed away on Tuesday, May 18, 2021. Chuck attended St. Thomas Aquinas Catholic Church in Alpharetta and for many years was devoted to the prison ministries Kairos and St. Joseph Cafasso.... View Obituary & Service Information

The family of Mr. Charles Clement created this Life Tributes page to make it easy to share your memories.

Send flowers to the Clement family.