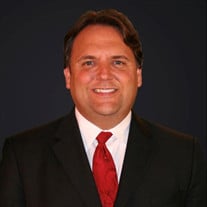 Daniel Eric Webber, Sr. of Milton, Georgia went to be with the Lord on December 20, 2021. Before peacefully transitioning from his earthly body to his heavenly one, he was surrounded by his loving wife, Laura, whom he was married to for 29 years, and his loving children Daniel, Dillon, and Isabella. Dan’s Mom, Ruth LaVonne, and Dad, Jon Keith Webber, Sr. of Alpharetta, Georgia were also present along with Dan’s niece and family. Dan was born in Olney, IL. on November 29, 1966. And grew up in Normal, IL. While he was a teen, Dan’s parents moved to Lexington KY. There, Dan attended high school at Lexington Christian Academy and graduated in 1984. Afterwards, Dan studied at Bob Jones University in Greenville, SC, and earned a Bachelor of Science Degree in Accounting. Later, he received his CPA License. Even though Dan enjoyed working as a CPA, his real interest was Information Technology. During his IT career, Dan served as Chief Information Officer, Security Officer, and Technology Officer leading, innovating, and advising companies in the healthcare, biotech, manufacturing, and hospitality industries. Dan’s passions were artificial intelligence/machine learning, cybersecurity, innovation, analytics, advanced computing, wireless, and digital services. Most recently, Dan was Vice President of Technology for UST Global, a large Information Technology Services company. Dan also served as CEO of the Election Integrity Foundation, an entity founded to work to ensure the integrity of elections through voting villages with the purpose of teaching election security and cybersecurity. Even in his professional roles, Dan had a passion for serving others. He designed, implemented, and envisioned the network and system process workflow for the first FDA approved DNA based sequencing system. His pharmacogenomic systems supported drug discovery and research activities in the areas of HIV, HCV, HBV, and multiple areas of cancer. Dan was a pillar of the Atlanta Community serving as a friend, mentor, connector, and advisor. While his faith and family took center stage, his passion for technology and giving back to the community were on display each and every day as he championed and supported a number of technology, community, and faith-based organizations such as The Atlanta Technology Professionals, Georgia State University, ToolBank USA, Society for Information Management, TechBridge Atlanta, and North Point Community Church. Known in Atlanta for his “Friends of Dan” events which brought together hundreds of people over the years, it was his unmistakable voice as the host for dozens of events over the years that resulted in him gaining the nickname “Voice of God”. Yet with all his professional and community achievements, Dan’s greatest success was the number of people he touched in life and his unwavering focus on his family and faith. Dan is survived by his wife and children, Dan’s mom and dad, as well as brother Jon Keith Webber, Jr. and sister-in-law Patricia Webber of West Salem, IL. In-laws David and Mary Fogle of Charlotte, NC. In addition to nieces, nephews, aunts and uncles and many cousins. Dan will always be in the hearts of many. Dan’s unmistakable voice are now joined with God and his voice and his spirit will be forever with us. He will be deeply missed but never forgotten. Until we meet again my love. A celebration of Dan’s life ceremony will be held on January 14, 2022 starting at 11 am at Northpoint Community Church, 4350 North Point Parkway, Alpharetta, Georgia 30022. In Lieu of flowers, please donate if so inclined to the Esophageal Cancer Action Network www.ECAN.org

Daniel Eric Webber, Sr. of Milton, Georgia went to be with the Lord on December 20, 2021. Before peacefully transitioning from his earthly body to his heavenly one, he was surrounded by his loving wife, Laura, whom he was married to for 29... View Obituary & Service Information

The family of Mr. Daniel Eric Webber Sr. created this Life Tributes page to make it easy to share your memories.

Daniel Eric Webber, Sr. of Milton, Georgia went to be with the...