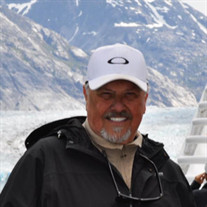 His was a life well lived… Danny Thomas Limerick passed away at age 73, on October 12, 2021, after being stricken with liver cancer. He grew up in Shelby, NC, enjoying a wonderful childhood that included playing catch with his big brother, building treehouses, playing tuba in the high school band, taking trips to the beach and dating some really cute girls. Following high school, Dan and his buddy Toby attended Western Carolina University. He then served his country by serving four years in the US Air Force. Always into sports, especially football and golf, Dan even worked with the Atlanta Flames Hockey Team. That’s when he met Wendy who would share his life for the next 40 years in the Atlanta area. Dan inherited his father’s business sense, becoming a true entrepreneur, eventually owning and operating America Trade Products Inc. which became a multi-million dollar company providing all sorts of products to giants like Lowes, Home Depot and Walmart. However, what set Dan Limerick apart was his incredible generosity! He helped so many in so many ways over the years. Despite his occasional bluster, he possessed a kind and gentle heart. Dan is survived by his loving wife, Wendy, his son, Blake, daughter-in-law, Kristen and grandson Connor (all of Charlotte, NC) along with his brother Doug of Fairfax Station, VA. They will all miss him dearly. Dan was preceded in death by his son Paul. Rest in Peace, Dan. As your dad always said, “This is not my home, I’m just passing through.” A memorial service will be held at Northside Chapel in Roswell, GA. Monday, October 18, 2021 at 11Am. All who wish to attend are welcome. In lieu of flowers, the family asks a donation be made in Dan’s name to the Chattooga Foundation (c/o Cindy Bickman) at 700 Trinity Church Rd. Canton, GA. 30115

His was a life well lived&#8230; Danny Thomas Limerick passed away at age 73, on October 12, 2021, after being stricken with liver cancer. He grew up in Shelby, NC, enjoying a wonderful childhood that included playing catch with his big brother,... View Obituary & Service Information

The family of Mr. Danny T. Limerick created this Life Tributes page to make it easy to share your memories.

His was a life well lived…
Danny Thomas Limerick passed away...

Send flowers to the Limerick family.