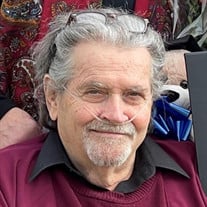 James Edward Brightwell, beloved husband, father and grandfather, passed away peacefully on December 31, 2021. Born on July 26, 1943 in Amarillo, Texas and a proud Texan his whole life, he had made Roswell, Georgia his home for the past 39 years. He leaves behind a loving family who will miss him dearly: his devoted wife of 41 years, Cindy Harman Brightwell, and their four children: Barrett (married to Rachael), Samuel (married to Sabra), Caitlin and Abigail Brightwell, along with three grandsons: Bear, Bors and Rhodes. He is preceded in death by his parents, Linden and Catherine Brightwell and two brothers, Ronald and Bryant. After attending West Texas State University, James built a decades-long career in sales, where his hard work ethic and gregarious personality led to great success. James lived a full life as a dedicated husband and hands-on father, and prioritized his family above all else. He took great joy in imparting his hard-earned wisdom to his family and the many to whom he served as a mentor and sports coach. A true Renaissance man, his interests were many and varied, and his passion and endless curiosity resulted in him being successful at any pursuit he attempted, including piloting airplanes and wrangling cattle. He was an avid craftsman, and enjoyed assisting his friends and family with projects of all shapes and sizes. There is not a sports score from the past few decades he could not recite on command. He will be remembered for his immense love of his family, his never-ending supply of stories, strong faith, and sense of humor. A visitation will be held on Wednesday, January 5 from 6 to 8 p.m. at Northside Chapel, with a mass on Thursday, January 6 at 10:30 a.m. at St. Peter Chanel Catholic Church. Memorial Donations may be made to St. Vincent de Paul (https://www.svdp.org/give-now/donate-money/).

James Edward Brightwell, beloved husband, father and grandfather, passed away peacefully on December 31, 2021. Born on July 26, 1943 in Amarillo, Texas and a proud Texan his whole life, he had made Roswell, Georgia his home for the past 39 years.... View Obituary & Service Information

The family of Mr. James Brightwell created this Life Tributes page to make it easy to share your memories.