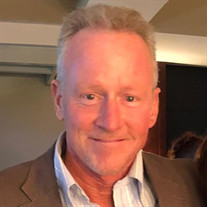 Jeffrey David Innis of Dawsonville, GA passed away peacefully on January 30, 2022 surrounded by his family after a 5 year battle with cancer. Jeff was born in Decatur, IL on July 5, 1962, son of Peter and June Innis. He was predeceased by his father, Peter, and he is survived by his mother, June, his two children, Keenan and Shannon Innis, his brother, Brian Innis (Lisa), and his nieces, Hannah and Emma Innis. Jeff was a graduate of Dwight D. Eisenhower High School in Decatur, IL where he was later inducted into the Decatur Public Schools Athletic Hall of Fame. After graduation Jeff received a scholarship to play baseball at the University of Illinois where he cultivated his skill as a sidearm pitcher and received his bachelor’s degree in psychology. Jeff was drafted by the New York Mets in 1983 where he played his entire major league career and earned a reputation as a workhorse relief pitcher with a quick wit and a knack for impersonations. Even though Jeff was a professional athlete at the highest level of his sport, he always maintained a modest and humble attitude. His mental fortitude was one of his greatest qualities, and it allowed him to succeed in baseball and navigate life’s obstacles with strength and acceptance. Even though he realized his childhood dream, Jeff’s greatest achievement in life, and one that he was most proud of, was raising Keenan and Shannon. Jeff was a dedicated and devoted father who loved his children dearly. Later in life, Jeff found great joy in hosting friends and family at his home on the lake where they would enjoy boat rides and barbecues together. Jeff was a generous, loving man with a passion for life and a burning desire to help anyone he could. He had a strong faith that inspired others and gave him confidence to accept his blessings with gratitude and face challenges with grace. His ‘everyday man’ personality and humor endeared him to others, and he had a unique ability to appreciate and enjoy the little things in life. He will be remembered by family, friends, loved ones, and fans for generations to come. A funeral Mass will be held at 11am on Friday, February 11, at St. Brigid Catholic Church in Alpharetta, GA with a Celebration of Life to follow at Country Club of the South at 12:15pm. In lieu of flowers, donations may be made to Tunnel to Towers Foundation (T2T.org) or CURE Childhood Cancer (curechildhoodcancer.org).

Jeffrey David Innis of Dawsonville, GA passed away peacefully on January 30, 2022 surrounded by his family after a 5 year battle with cancer. Jeff was born in Decatur, IL on July 5, 1962, son of Peter and June Innis. He was predeceased by... View Obituary & Service Information

The family of Mr. Jeffrey David Innis created this Life Tributes page to make it easy to share your memories.

Send flowers to the Innis family.