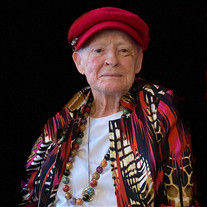 Margo Orr Stewart passed away peacefully on August 9, 2020; she was 81 years young. Margo was born to Osborne Bernard Orr and Clara Louise Hix Orr on November 2, 1938. She is preceded in death by her six older sisters and one older brother. She is survived by her husband, James R Stewart; daughter, Pamela Ann Leonard; and granddaughter, Hannah, from Columbia, South Carolina. Margo was a member of Roswell United Methodist Church, where she served on the Altar Guild and was Communion Steward. She attended Campbell High School in Fairburn, Georgia, where she took business courses and won a speed typing competition. She was drum major for the high school band and was very active in all sports, playing on the girls’ basketball team. She enjoyed skating, dancing, and bike riding. After high school, she worked at Citizens & Southern Bank in computer operations and became manager over data entry. While working, she was on a company sponsored softball team, which competed in an invitation tournament in Panama City, Florida. She was also on a bowling league. Margo and her family have lived in Dunwoody, Georgia, for the past 49 years. She remained active in sports—tennis, coaching little league girls’ softball, and even tried snow skiing. Margo also continued her love of dancing, especially clogging. She was a on a competition clogging team, which won a trophy in a Daytona Beach Invitational Competition. Her last clogging team performed at festivals and nursing homes; she was on the team until it disbanded a few years ago. Margo also traveled and had been to Germany, France, Holland, Belgium, Puerto Rico, Hawaii, Ireland, Mexico, and Scotland. She loved to go to the North Carolina mountains and stay in the “cabin.” Margo always thought of others first. When looking for a new car, she fell in love with a 2-door Eldorado but settled on a 4-door, because it was easier for her good friend's mother to access. She will be greatly missed by all who knew her. A private family service will be held. In lieu of flowers, consider a donation to Alzheimer’s Association.

Margo Orr Stewart passed away peacefully on August 9, 2020; she was 81 years young. Margo was born to Osborne Bernard Orr and Clara Louise Hix Orr on November 2, 1938. She is preceded in death by her six older sisters and one older brother.... View Obituary & Service Information

The family of Mrs. Margo O. Stewart created this Life Tributes page to make it easy to share your memories.