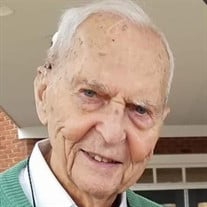 EPILOGUE Were it fiction, these words would reflect concluding thoughts after the final chapter of a literary work of art. They summarize the story of the leading man in this tale, Martin William Wolfe, 95, who, after finishing his time with us, has joined his beloved Naomi to resume their love affair. To have known him was to have known Rick Blain, Atticus Finch, Rhett Butler and the old man and the sea, all of whom would have longed to be compared to him. Marty was born February 25, 1927 in Brooklyn, New York, to Harry and Pauline Wolfe, second generation immigrants from the Russ-Poland Region of Eastern Europe. He was the spoiled baby boy of the family, adored by his sisters Helma Wolfe Tauber, who predeceased him, and Gerry Wolfe Goldner, who survives him at 102. Known as “Zeendee” (Yiddish for my boy) to his mother, he was a precocious kid who played stick ball in the street, basketball and hand ball at the park, and had the only dog in the neighborhood, Teddy, with a charge account at the corner candy store. After his Bar-Mitzvah in 1940, Marty’s concern turned to the turmoil of World War II in Europe and Asia. At 16, with the consent of his father, Marty joined the Navy so as “not to miss the war”. He served in the Atlantic as a quartermaster aboard an Admiral’s flag ship, “among other boats”, and earned his membership in the Greatest Generation. Upon Honorable discharge from the Navy, Marty, ever the adventurer, decided to attend the University of Georgia in a state he had never been to before. He began classes in the fall of 1947 at the Savannah branch on the U.S. Army Air Base there. After the first semester in Savannah, Marty transferred to the UGA campus in Athens. His major was business administration, to which he took an immediate liking, and graduated Magna Cum Laude, Phi Beta Kappa and Phi Kappa Phi in two-and one-half years. It was during his first year in Athens, however, when, according to him, “the most fortuitous event in his life occurred”. Marty met Naomi Saye and it was love at first sight. He marveled at everything about her. He delighted in her presence and encouraged all she did with a smile, the gleam in his eye and ice cream whenever they could share some together. She was Princess Buttercup to his Wesley, and whatever she asked of him was always greeted with, “as you wish”. Naomi felt the same about Marty in every way, and they were married in a small Synagogue in Athens on March 11, 1950. Shortly thereafter, they left Athens for Ocean Avenue in Brooklyn, New York. Upon his return, Marty, his dad and brothers in law, Lenny Tauber and Harold Goldner, formed a business together in Manhattan called Harry H. Wolfe and Sons. It was a coffee roasting and packing business created years before the Starbucks craze. They eventually became the largest “trade roasting” operation in the country. In 1951, Marty was called back into the Navy for the Korean Conflict, shortly after the birth of their daughter Rhonda Beth on February 27, 1951. After being honorably discharged from the Navy, again, Marty returned to Naomi and Rhonda, had two more children, Larry David, (May 1953) and Mark Reed, (January 1955), and bought a home in Westbury, on Long Island. In 1960, as if Horace Greeley was speaking to him directly, Marty decided to go west and to seek his fortune there. He packed the family up in his 1959 Dodge Custom Royal sedan and set out on his next adventure to California. His time there was another success as a restaurateur, because he was a master at dealing with people and delighted at being with them. In 1964 he began with Marion Laboratories in Pharmaceutical sales, and quickly became the West Coast Sales Advisor. Marion transferred the family from California to Stamford Connecticut in the summer of 1968, where Marty became the East Coast Sales Advisor. Years later, Marty returned to the Coffee business with Harry H. Wolfe and Sons, where he stayed until his retirement at age 55 in 1982. After traveling to Israel, China, Viet Nam, Africa and Europe, and enjoying retirement for what seemed like a weekend, Marty and Naomi moved to North Carolina in 1983. There, he bought a ranch with 750 head of Santa Gertrudis Beef Cattle. Having been born, as he put it, “100 years too late”, Marty had always wanted to be a cowboy and had the pleasure of working the ranch for 18 months. Again, ahead of his time, his heard was raised, antibiotic free, and was entirely grass fed. In 1984, Marty and Naomi moved to Atlanta where they built a home and lived until Naomi left us in October, 2021. Over their 72 years together Marty and Naomi had the pleasure of welcoming seven grandchildren and nine great grandchildren into their lives. Marty loved his children with all of his heart and he loved their spouses, Jeff Nachamkin, Patterson Wolfe and Rosalie Wolfe just as much, enjoying them with the same pride as if they were his own. Marty is not lost to us, because he touched the hearts of too many to ever be forgotten. Instead, the family takes comfort in knowing he is off to his next adventure and in remembering what he always said when he departed: “Until we meet again, Adios”. The Memorial Service for Marty Wolfe will be: Thursday April 28th 1:00- Visitation 2:00- Memorial Service Northside Chapel 12050 Crabapple Road, Roswell, Georgia In lieu of flowers, donations can be made to The Wounded Warrior Project.

EPILOGUE Were it fiction, these words would reflect concluding thoughts after the final chapter of a literary work of art. They summarize the story of the leading man in this tale, Martin William Wolfe, 95, who, after finishing his time with... View Obituary & Service Information

The family of Martin Wolfe created this Life Tributes page to make it easy to share your memories.

EPILOGUE
Were it fiction, these words would reflect concluding...

Send flowers to the Wolfe family.