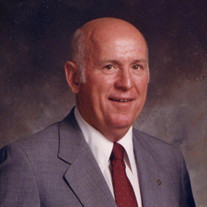 Known as “Stan the Man” or “Coach” to students, teachers, parents, and friends, Stan Moses passed away peacefully at home July 14, 2020, after a lengthy battle with Parkinson’s disease. His wife of 42 years, Nancy, was by his side. She was his lifeline, advocate, and caregiver in a wonderful, loving final journey together. Other survivors include daughter Stacey; sister Sylvia Arnold; brothers Kelly Moses and John Moses; and a host of relatives, all of whom are out of state. Born July 9, 1934, in Golden, Mississippi, as one of ten children, he graduated from Itawamba High School, where he played on a state championship basketball team. After earning his BS degree from Florence State College in 1957, he began his teaching and coaching career, setting up the athletic program for the new South Hall HS in Gainesville, GA. In 1961, he began his career with the Fulton County Schools as a driver’s education teacher and head varsity basketball coach at Sandy Springs HS, where his 1967-68 team won the AA state championship. Two of the players on that team became head high school basketball coaches in Fulton County and coached opposing teams. The Georgia Athletic Coaches Association twice honored Stan as Basketball Coach of the Year. An icon of basketball, he was a man of integrity and dignity, believing character-building was as important as winning and treating everyone equally. In 1969, he completed his MA degree at Atlanta University and in 1971 began his administrative career as assistant principal at the new Riverwood HS in Sandy Springs. A year later he was chosen to open Crestwood HS. He served Crestwood as principal for 15 years and earned a reputation as a fair, warm-hearted administrator who hired the best personnel and trusted them to do their jobs. He consistently supported an environment that prompted positive student behavior and that enriched instruction. His myriad generous good deeds were done quietly and unassumingly. In 1987 he was named athletic director for Fulton County Schools and retired from that position in 1990. After retirement, he frequently served as a substitute teacher and always endeavored to serve as a mentor and role model for students. On his 80th birthday, he was honored at a BBQ given by former players and students and received a mayoral proclamation declaring July 12, 2014, as “Stan Moses Day” in the city of Sandy Springs. Stan valued his 41 years as a Roswell Rotarian, where he was a Paul Harris, a Will Watt, and a Hue Thomas Fellow and was presented the Elwyn L.Gaissert, Sr. Service Above Self Award. Wherever Stan traveled, he attended Rotary faithfully—England, Japan, Alaska, Hawaii, Thailand, New Zealand, and even twice aboard the QE2. He lived by the Rotary Four-Way Test, personally and professionally. The Masters Golf Tournament became a part of Stan’s life in 1990 when he began working as a Player Escort for leading players, ushering them from tee to green for eighteen holes. His pleasant way of enforcing the rules resulted in his becoming eighteenth green security for sixteen years. He had the privilege of walking Arnold Palmer off the eighteenth green at his last appearance at the Masters, which was captured in a photo on the front page of the Augusta Chronicle. He made many friends in the golfing world, and his gracious behavior endeared him to patrons. People frequently referred to Stan as a true, Southern gentleman. Truly, he was a gentle, thoughtful, and kind spirit with an easy smile, a twinkle in his eye, and a quick and ready wit. He loved traveling; a practical joke; a good meal with friends; tending a garden; watching March Madness; volunteering at the SEC football playoffs and basketball tournaments; driving his VW; fishing in Alaska; attending class reunions; and having Princess snuggled in the car beside him. Stan very rarely went anywhere in the country without running into someone he knew. He enjoyed knowing people and was happiest when he could, in some way, help someone. He made an enormous difference in the lives and education of many. What greater legacy can one leave? A special, heartfelt thank you goes to Thom, Brenda, and Angela, Stan’s caregivers, for their loyalty, compassion, support and kindness. A private burial was held on July 16 at Greenlawn Cemetery in Roswell. A memorial service will be held when COVID-19 restrictions allow. In lieu of flowers, donations in Stan’s memory can be made to the Roswell Rotary Club; Presbyterian Homes of Georgia—Caring Hands; Wellroot Family Services (formerly the United Methodist Children’s Home); or a charity of your choice. Northside Chapel is in charge of arrangements.

The family of Mr. Stanley D. Moses created this Life Tributes page to make it easy to share your memories.

Known as “Stan the Man” or “Coach” to students, teachers, parents,...

Send flowers to the Moses family.